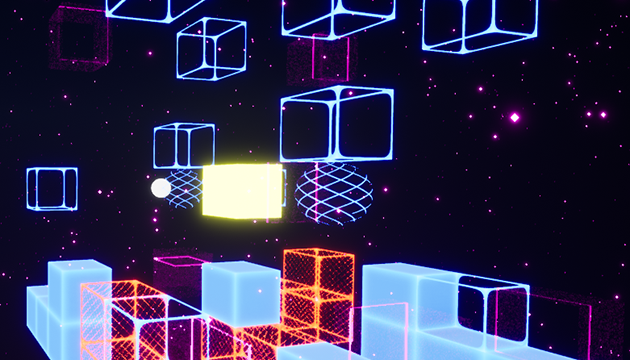 Astronomia is a spatial 3D puzzle game with a minimalist classic arcade art style. You guide a ball around each puzzle to clear fragment blocks and reach the goal.

Astronomia is my first project released entirely as a solo developer. It was intentionally a small-scoped game as a way to learn the basics of Unreal Engine 4. Considering I was making this by myself and am not an artist, I chose puzzle as a genre since there’s generally more room to be visually abstract. Development started in early February of 2020 and released July 7 in the same year.

Learn more on Steam or itch.io: